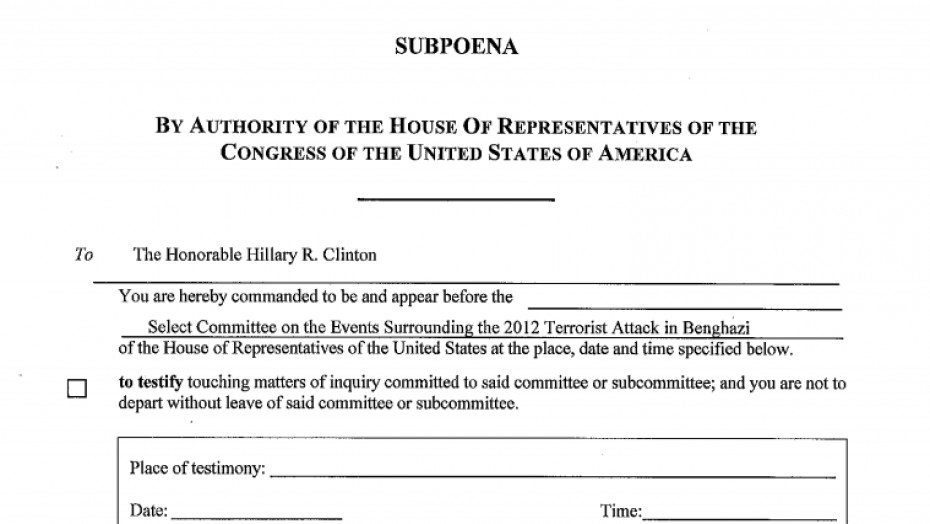 “I never had a subpoena.”

This sentence leaves no wiggle room.

The quote comes from Hillary Clinton in a CNN interview this week. The Clinton-friendly reporter, Brianna Keilar, asked about the subpoena served on her by the House Committee investigating the 2012 Benghazi attack.

Committee Chair, Trey Gowdey wants to see her e-mails, most of which she appears to have erased.

“Everything I did was permitted by law and regulation.”

And, of course, she was never served a subpoena … she claims.

And, of course, she had been. Trey Gowdey produced it the next day, exposing another Clinton lie.

Hillary Clinton lies even when she doesn’t need to.

Is this the best the Democrats have to offer?