Three epic tragedies have touched my life either directly or indirectly.

One of my oldest and best friends drowned, along with his brother, when we were in college. His Mom was dying of cancer at the time. My friend’s father was soon left without any family.

A friend from church, who was married with six young kids and one on the way, was a victim of a double homicide. 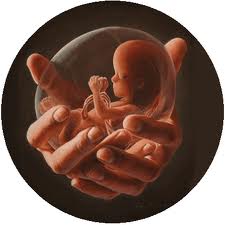 Some of our closest friends were attempting to adopt a child via a private adoption. Their attorney made a mistake and let them take possession of their new son before the 72 hour waiting period was up. The natural mother changed her mind, and decided to keep her son.

Our friends had to give back the son that they thought was now their own.

I experienced the pain of each of these tragedies through the indescribable anguish my friends and their families felt.

It is the last event I’d like to comment on. A letter writer in the Des Moines Register, David Hammel, had a thought-provoking observation on the 72 hour adoption waiting period:

“In Iowa, if you want to give your child up for adoption, you must meet the following requirements. You must wait 72 hours after the baby is born. You must then receive the consent of the father. You then have another 92 hours to reconsider.

The mother has carried the baby for around nine months, has had many doctors visits and ultrasounds and much time to consider her decision. Yet Iowa considers the waiting period important so that mothers might not regret a hasty decision.”

The law makes sense. Had my friends’ attorney abided by the waiting period stipulated by adoption laws, my friends would have avoided terrible heart break.

Mr. Hammel extends the logic of the waiting period to abortion:

“If you decide to abort, you can do it on the day you find out you are pregnant. No waiting period, no discussion with the father, no chance to take back your decision. If we believe the pro choice proponents, all decisions to have an abortion are well thought out, carefully considered decisions made by level-headed, informed women.

They may have found out they were pregnant hours ago, but in that time, they have carefully considered their difficult choice. Of course, only thoughtful informed women have unwanted pregnancies; they would not be prone to impulsive choices.

Is there anyone else who sees this as a contradiction? Are women who have carried their babies nine months trying to be shamed into keeping their babies? Is the 72-hour waiting period a governmental intrusion on their rights?”

Of course it’s not an intrusion of a woman’s rights. Mr. Hammel is right on the mark.

A human life is on the line. Such a life-changing decision requires careful discernment and opportunity to change one’s mind.

Every loss of something so precious as a life is a tragedy. I know. I have seen the carnage close up.