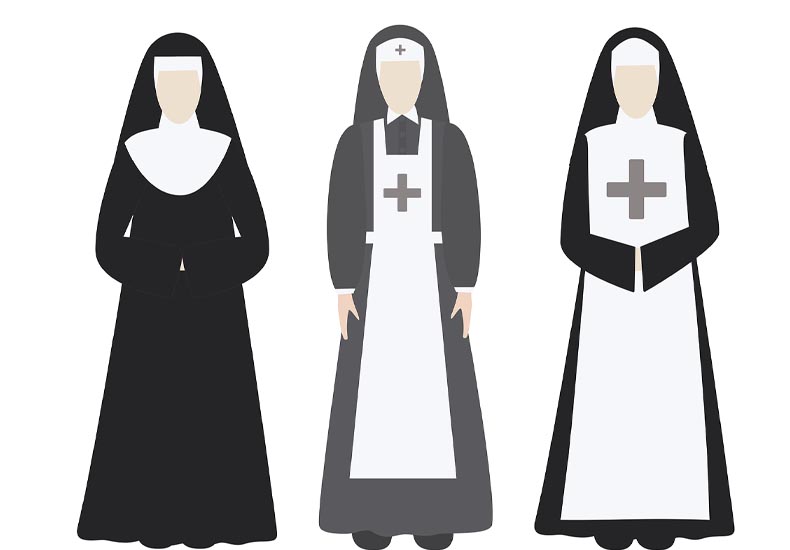 Christ called on His Church to heal the sick. Inspired by the teachings of Jesus, Catholic Benedictines proclaim proclaim that “the care of the sick is to be placed above and before every other duty, as if indeed Christ were being directly served by waiting on them.”

Down through the ages, Catholic Churches have cared for the sick, and it continues unabated to this very day. Catholic doctors advanced the study of the human anatomy, germ theory, and genetics.

The Sisters of Charity, Sisters of Mercy, and the Sisters of St. Francis, rolled up their sleeves to create some of the first modern general hospitals in the world.

Most people reading this background on Catholic hospitals might feel a sense of gratitude towards these faithful followers of Christ for their healing outreach to the infirm. Today, some 654 Catholic hospitals are spread across the U.S., which includes 299 with obstetric services. One out of seven hospital patients in the U.S. are served by a Catholic hospital to the chagrin of Big Abortion, an increase of 22% over the past two decades.

Although they assist in a half a million births a year and provide extensive pre and post natal services, they don’t provide abortions. Which is a problem to abortion activists, like Jill Filipovic. She’d rather see Catholic hospitals shut down if they refuse to provide abortions:

“If Catholic hospitals refuse to offer a basic standard of reproductive care, they should not be in business — and certainly shouldn’t be getting government resources or tax breaks.”

Democratic politicians are getting into the act, too. Connecticut’s Attorney General William Long, is concerned that hospitals that merge with Catholic-run systems will shrink the supply of “full range of care” services:

“We need to ensure that any new ownership can provide a full range of care — including reproductive health care, family planning, gender-affirming care and end-of-life care.”

Lois Utley of Community Catlyst considers the spread of Catholic Hospitals a ‘setback:’

“We are definitely sliding backwards in terms of comprehensive reproductive health. Catholic systems are taking over many physician practices, urgent care centers, ambulatory care centers, and patients seeking contraception won’t be able to get it if their physician is now part of that system.”

California pro-abortion politicians are monitoring the situation. State Senator Scott Wiener is very concerned about the expansion of Catholic hospitals because they …

“… absolutely deny people access to reproductive health care as well as gender-affirming care (for transgender people). It’s the bishop, not professional standards, that are dictating who can receive what health care. That is scary.”

So, is there anything pro-abortion politicians can do to stop the spread of pro-life Catholic hospitals? Maybe.

In Washington, Democrats want to empower the attorney general to block hospital mergers if hospitals don’t provide abortions and other destructive reproductive services.

In Oregon, the state already has the authority from the legislature to block mergers involving Catholic hospitals.

The political battle lines are being drawn. Catholic hospitals are willing to go into underserved communities that have been unprofitable for other health institutions, as Charles Camosy of the Creighton University School of Medicine points out:

“These mergers take place because Catholic institutions are willing to take on the really hard places where others have failed to make money. We should focus on what these institutions are doing in a positive way — stepping into the breach where virtually no one else wants to go, especially in rural areas.”

Sadly, political pressure is building to slow or block the spread of life-affirming Catholic hospitals.