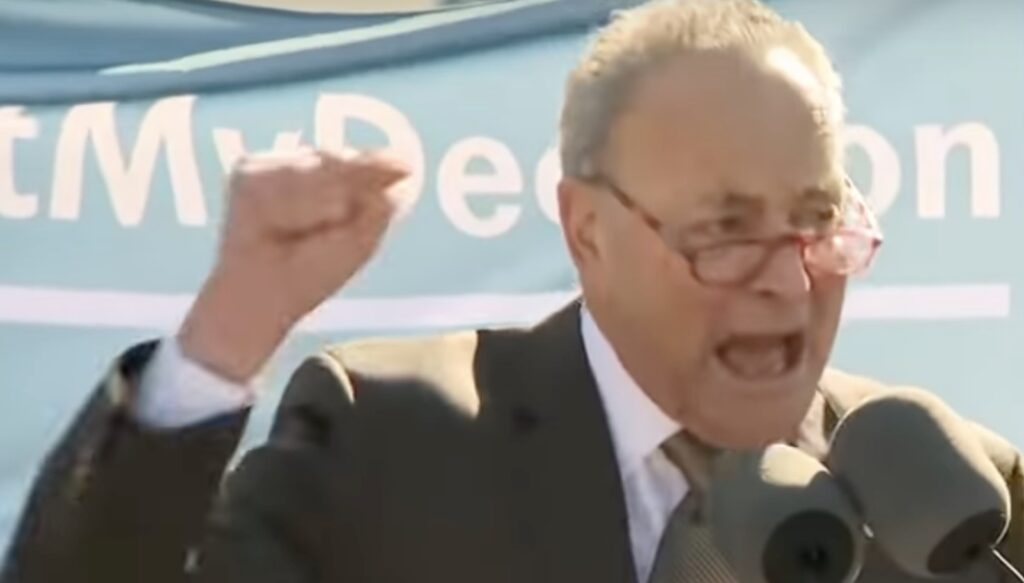 One of the most deceitfully-named bills in Senate history is up for a vote again today.

Senate majority leader Chuck Schumer is bringing the ‘Women’s Health Protection Act’ to the Senate floor for another vote, despite failing in a February 28th vote.

Schumer is forcing the vote in reaction to the leaked Supreme Court draft document which suggests that SCOTUS may overturn Roe v Wade. He wants to put members of both parties on record as either supporting or opposing this dreadful piece of legislation.

“The Women’s Health Protection Act would make us more pro-abortion than China.”

Essentially, the bill’s sponsors believe it would codify abortion and override all anti-abortion regulations passed by state legislatures, such as the fetal pain restrictions Iowa’s legislature passed banning abortions after twenty weeks.

The bill keeps failing, Democrats keep trying to get it passed

This bill was proposed by Democrats in 2013, 2015, and 2017, failing each time. What is interesting is that its latest version removed carve-outs for parental-notification laws, such as we have on the books in Iowa.

In other words, Democrats recognized that laws which required parental notification before their child could obtain an abortion resonated with voters across the country. Until this year, the Women’s Health Protection Act allowed for those laws to stand. But since the party has been purged of its last pro-life member, the exemption was dropped.

In this year’s cloture vote on the bill, every Democrat in the senate, except for Joe Manchin, voted yea, every Republican voted nay.

Iowa Senators Chuck Grassley and Joni Ernst both opposed this abortion bill in February. I encourage you to contact them and let them know you appreciate their pro-life opposition to the Women’s Health Protection Act.

If Democrats succeed in passing the bill, abortion will be “codified” into the law of the land, eliminating all democratically-enacted regulations on abortion at the state level.

Under this bill, abortion would be legal for all nine months of a pregnancy. The U.S. Conference of Catholic Bishops details the type of laws this bill will ban:

This is a radical piece of legislation that even most rank and file Democratic voters oppose, once they realize what the bill actually does.

Senator Schumer is demanding this vote as a political ploy to scare elected officials into caving to the radical laws demanded by Big Abortion.