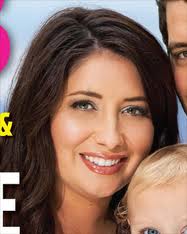 You don’t know my telephone number, but I hope your staff is busy trying to find it. Ever since you called Sandra Fluke after Rush Limbaugh called her a slut, I figured I might be next.  You explained to reporters you called her because you were thinking of your two daughters, Malia and Sasha.  After all, you didn’t want them to think it was okay for men to treat them that way:

“One of the things I want them to do as they get older is engage in issues they care about, even ones I may not agree with them on,” you said.  “I want them to be able to speak their mind in a civil and thoughtful way. And I don’t want them attacked or called horrible names because they’re being good citizens.”

And I totally agree your kids should be able to speak their minds and engage the culture.  I look forward to seeing what good things Malia and Sasha end up doing with their lives.

But here’s why I’m a little surprised my phone hasn’t rung.  Your $1,000,000 donor Bill Maher has said reprehensible things about my family.  He’s made fun of my brother because of his Down’s Syndrome. He’s said I was “f—-d so hard a baby fell out.”  (In a classy move, he did this while his producers put up the cover of my book, which tells about the forgiveness and redemption I’ve found in God after my past – very public — mistakes.)

If Maher talked about Malia and Sasha that way, you’d return his dirty money and the Secret Service would probably have to restrain you.  After all, I’ve always felt you understood my plight more than most because your mom was a teenager.  That’s why you stood up for me when you were campaigning against Sen. McCain and my mom — you said vicious attacks on me should be off limits.

I excerpted Bristol Palin’s letter to President Obama because of a disturbing trend: the Left’s embrace of misogyny as long as it is directed at conservative women and their children.

It is reprehensible that the President of the United States has not returned a campaign donation from a vile misogynist like HBO’s Bill Maher. (Technically, the money was donated to Obama’s PAC; he has not asked for them to return it.)

Liberal columnist, Kirsten Powers, who writes for The Daily Beast and is a regular commentator on Fox News, had 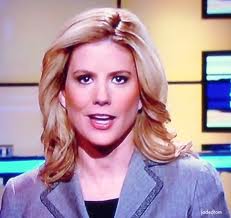 the integrity to pull back the curtain on the relentless misogyny from the Left in a great piece called, “Rush Limbaugh isn’t the only media misogynist:”

“Did you know there is a war on women? Yes, it’s true. Chris Matthews, Keith Olbermann, Bill Maher, Matt Taibbi, and Ed Schultz have been waging it for years with their misogynist outbursts. There have been boycotts by people on the left who are outraged that these guys still have jobs. Oh, wait. Sorry, that never happened.”

Ms. Powers rightly takes Rush Limbaugh to task. But she asks where is the outcry against the anti-women hate speech coming from the Left?

“But if Limbaugh’s actions demand a boycott—and they do—then what about the army of swine on the left?”

She details hate speech that makes Rush Limbaugh simply look like a naughty altar boy and concludes that the Left needs to just as accountable as the Right:

“It’s time for some equal-opportunity accountability. Without it, the fight against media misogyny will continue to be perceived as a proxy war for the Democratic Party, not a fight for fair treatment of women in the public square.”