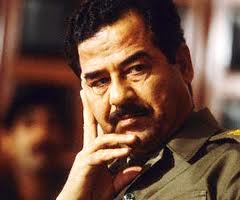 Remember the mantra of the Left: “Bush lied and people died.”

Democrats jumped on the band wagon and said President George W. Bush concocted the whole story as an excuse to go to war against Iraq.

Let us turn the clock back to 1991. President George H.W. Bush has declared an ultimatum for Saddam Hussein to pull his forces out of Kuwait or face military retaliation.

What follows is amazing. It is a tape recorded conversation between his air force commander and his son-in-law. A group called The Iraq Survey Group, headed by Charles Duelfer, a special assistant to the director of the Central Intelligence Agency, discovered the recording and translated it.

Did you ever hear about any of this from the mainstream media (MSM)?

HUSSEIN:   “I want to make sure — close the door (sound of door slamming) — the germ and chemical warheads, as well as the chemical and germ bombs are available to the ‘concerned people,’ so that in case we ordered an attack, they can do it without missing any of their targets.”

Iraq had weapons of mass destruction, both germ and chemical.

HUSSEIN:  “So, we qualify that the missiles, by tomorrow, will be ready on the 15th” — the day Bush’s ultimatum expired. … I need these germs to be fixed on the missiles, and tell them to hit, because starting on the 15th, everyone should be ready for the action to happen at any time, and I consider Riyadh a target.”

SON-IN-LAW: “Sir, we have three types of germ weapons, but we have to decide which ones we should use. Some types stay capable for many years –”

HUSSEIN: “We want the long term, the many years kind.”

SON-IN-LAW: “The bombs or warheads are all available, but the moment for using them at zero hour is something we should indicate, sir. We will say that this will be launched –”

HUSSEIN: “At the moment of use (zero hour), you should launch them all against their targets. I want the weapons to be distributed to the targets. I want Riyadh and Jeddah, which are the biggest Saudi cities with all the decision makers, and the Saudi rulers live there. This is for the germ and chemical weapons.”

SON-IN-LAW: “In terms of chemical weapons, we have an excellent grip on them.”

HUSSEIN: “Only in the case we are obliged and there is a great necessity to put them into action. Also, all the Israeli cities, all of them. Of course you should concentrate on Tel Aviv, since it is their center.”

In light of this conversation, one can understand Israel’s concern about another Mid East country, this time, Iran, getting a weapon of mass destruction, a nuclear bomb.

In light of this conversation, you can understand Bush II’s fear that Iraq still might have some WMD.

The “Bush lied, people died mantra” has been discredited many times over. Have you yet heard anyone apologize to Mr. Bush for their unpatriotic smear?