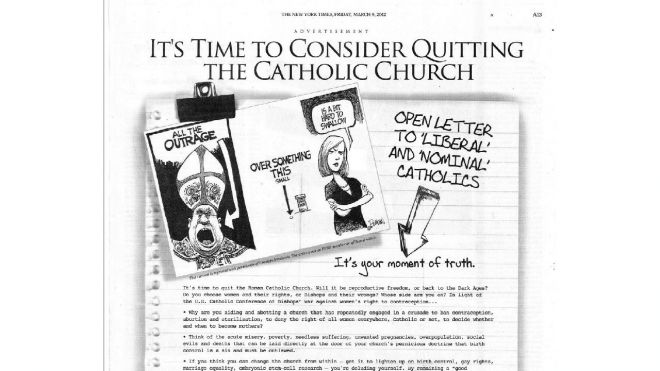 I hate to use the word “hypocrisy.”

There is no shortage of it in politics on both sides of the aisle. When one points the finger at one side, the other ramps up the debate by pointing at the other side’s even more outrageous hypocritical indiscretions.

Since this is a conservative blog, and since the Left has us outmanned in pointing out Conservative hypocrisy thanks to their alliance with the Mainstream Media (MSM), I feel it is my duty to point out the latest hypocritical assault on the sensibilities of normal people. Plus I am a proud and thin-skinned Catholic who takes any slight toward my Church personally.

Today’s liberal hypocrisy comes to us from the newspaper the Right loves to hate, the New York Times. In a nutshell, they took money from an atheist group that encourages Catholics to quit the Church. 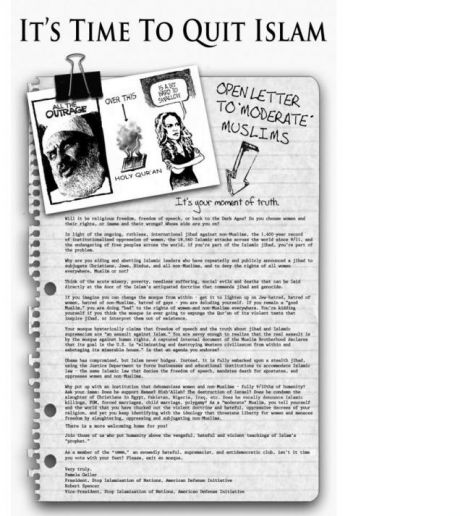 When approached by another group to run a very similar ad encouraging Muslims to abandon their faith, the New York Times refused.

Catholics won’t do anything to you except to pray for the salvation of your soul.

Some Muslims aren’t so nice.

Call a woman a slut if you’re a conservative:  BAD

Call a woman a c**t if you’re a liberal:  FINE, if the woman being called that is conservative.

Lose advertisers, if you’re a Conservative.

Get a million dollars from the c**t-caller if you’re a Liberal. C**t-caller gains White House access.

Did I miss anything?