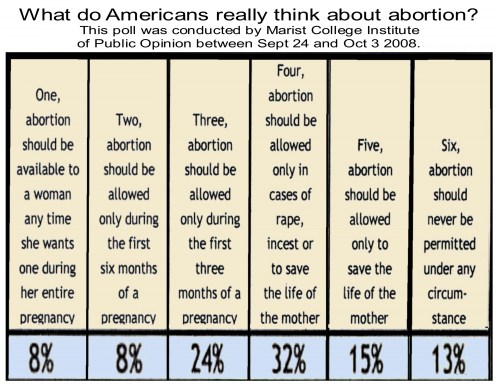 You’ve read much about the one percent.

Have you read anything about the eight percent? Probably not.

These are the power structure of the Democratic Party, an extension of Planned Parenthood.

The survey above was conducted by Marist College Institute of Public Opinion a few years ago. Sixty percent of the nation are against any abortion except in the most extreme (and rare) circumstances. And yet we now have a system imposed on us by the radical 8%.

Time to take back our country, don’t you think?