Which lifestyle would you encourage your child to pursue?

LIFESTYLE #1 will reduce his life expectancy by an average of 13.5 years according to medical data.

LIFESTYLE #2 will reduce his life expectancy by an average of 20 years according to medical data.

In light of the data, the obvious answer is neither one.

Scientists and sociologists have produced reams of data on the medical implications of the gay lifestyle. 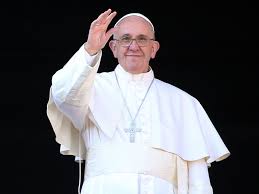 The data is relevant in light of Pope Francis’ comments on the subject of same-sex sexuality last year:

Not surprisingly, many are confused. The Pontiff went on to say, “I repeat what the Catechism of the Catholic Church says: that they must not be discriminated against, that they must be respected and accompanied pastorally.”

We’ll return to the Pope’s comments in a moment.

Data provided by the Center for Disease Control reveals that men who have sex with men (MSM) are 44 times that of straight men to contract HIV, and 40 times that of women.

With syphilis, it is 46 times the infection rate of straight men and 71 times that of women.

Men who have sex with men experience high rates of sexually transmitted diseases (STDs) because of the rampant promiscuity found in the gay community. Anecdotal and statistical data both reveal that gay men have far more sexual partners than the heterosexual or even lesbian community. And the data seems to hold regardless of the country.

The Urban Men’s Health Study conducted in 2003 reports that over 30% of the gay men they studied frequented bathhouses, despite years of public health education on the risk of AIDs. These men had sex with an average of 27 other men per year.

In Amsterdam in the same year, a study reported that “single” gay men averaged 22 sex partners per year, while those in steady, committed relationships still had some eight different partners per year.

In a 2005 Canadian vaccine trial, gay men reported 7 partners in the last half year.

What is most disturbing about this data is the promiscuity in the gay community despite their full knowledge of the deadliness of AIDs.

But a study by Joseph Harry, “Gay Couples,” dated though it is, reported that “Gay men reportedly had sex with someone other than their partner in 66 percent of relationships within the first year.”

There are mental health implications to the gay lifestyle as well. In a study conducted by Marie Tomeo, she reports:

Ms. Tomeo’s study has flaws, but nonetheless suggests that a psychic wound wrought by childhood abuse affects that sexual orientation of some young men.

Other studies reveal that gay men suffer mental health issues disproportionate to the general population. Gay rights activists acknowledge the data, but blame it on societal “homophobia” and “bullying.” There is no denying that stigma may play a role in the mental health of any person.

However, a major study out of Denmark confirms that homophobia isn’t the real issue. Denmark has been “gay friendly” for decades, legalizing same-sex marriage in 2000. They discovered that men who had homosexual sex in the previous twelve months had much higher rates of major depression, bipolar disorder, panic disorder, agoraphobia and obsessive compulsive disorder than men who did not have sex with men in the previous twelve months. The Dutch researchers concluded that …

“… homosexuality is not only associated with mental health problems during adolescence and early adulthood, as has been suggested, but also in later life.”

Okay, that’s a lot to process. The bottom line is that living the gay lifestyle costs the average gay man twenty years off of his life expectancy.

Here in the United States, our government sued cigarette manufacturers. They took money from the lawsuits they won to invest in education programs to get people to live tobacco-free lives.

Good. Tobacco use declined as a result. People are living longer.

Ironically, our government celebrates the gay lifestyle and demands that everyone do the same, even though the data reveals it is more dangerous than smoking. Those who question the lifestyle are called “haters.”

Neither side should hate. In fact, Pope Francis has made it clear that we’re all on the same side. After all, we are God’s creation, as flawed as we each are. Who among us doesn’t family or friends with same-sex attractions?

And who amongst us doesn’t want the best for our family or friends? In light of the data above, I’m not quite sure to what the Pontiff refers when he calls on us to apologize. It is true that the Catechism of the Catholic says that those with same-sex attractions shouldn’t be discriminated against.

It also calls acting on such desires disordered. Acting on these unhealthy attractions is sinful.

I like that the Pope calls for those fighting disordered desires to be accompanied pastorally by me, you, the priesthood, and the entire Roman Catholic community. Let us embrace these, our brothers and sisters, in love and lead them away from the path to death towards the path to life.

The Church has been remiss in this mission in recent history. For that, we owe DO owe our broken family members an apology.

[Much of the data for this article came from the website, Facts About Youth.]

Posted in Culture and tagged Catechism of the Catholic Church, Pope Francis