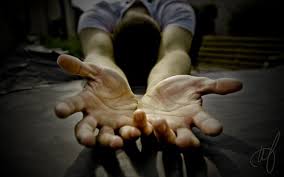 In a study produced by the Cato Institute’s John F. Early, the former assistant commissioner for the Bureau of Labor Statistics, something strange happened to the 5th quintile (the poorest Americans) during the Obama years.

They had virtually the same spending power as the 3rd and 4th quintiles. In other words, those who weren’t working had just about as money for discretionary spending as those who were working and paying taxes a few notches up the economic chain thanks to our lavish social safety net.

What’s wrong with this picture?

Here’s what is wrong: lavish entitlements reduce incentives to get a job. It breeds a sense of entitlement, and entitlement makes people unhappy.

Writing at Psych Central, Rick Nauert PhD talks about what recent studies reveal on a sense of entitlement in people:

Entitlement breeds dependence on man and weakens the bonds of faith in God.

Not only does a sense of entitlement make people unhappy, it also breeds resentment among working class stiffs picking up the tab for these lavish entitlements.

This data helps explain why the labor participation rate under Obama sunk to its lowest point since the Carter years: not working was just as lucrative as working. Why get a job when you can get the taxpayers to pay you not to work? And yet there is such dignity in work. Our welfare system tears down this dignity when it creates disincentives to be productive.

Even more, data shows the poor in this country are materially better off than workers in most of the countries in the world.

But we do have a poverty problem, only it is spiritual poverty affecting America. People are turning away from God, and that’s a threat to our democracy. John Adams warned us:

“Our Constitution was made only for a moral and religious people. It is wholly inadequate to the government of any other.”

“Of all the dispositions and habits, which lead to political prosperity, religion and morality are indispensable supports. Whatever may be conceded to the influence of refined education on minds of peculiar structure, reason and experience both forbid us to expect that national morality can prevail in exclusion of religious principle.”

And the French historian Alexis de Tocqueville warned us:

“Despotism may govern without faith, but liberty cannot. Religion is much more necessary in the republic…than in the monarchy…How is it possible that society should escape destruction if the moral tie is not strengthened in proportion as the political tie is relaxed? And what can be done with a people who are their own masters if they are not submissive to the Deity?”

As Independence Day nears, let us open our eyes to the spiritual poverty in America breeding a dangerous dependence upon the State.