By Iowans For LIFE 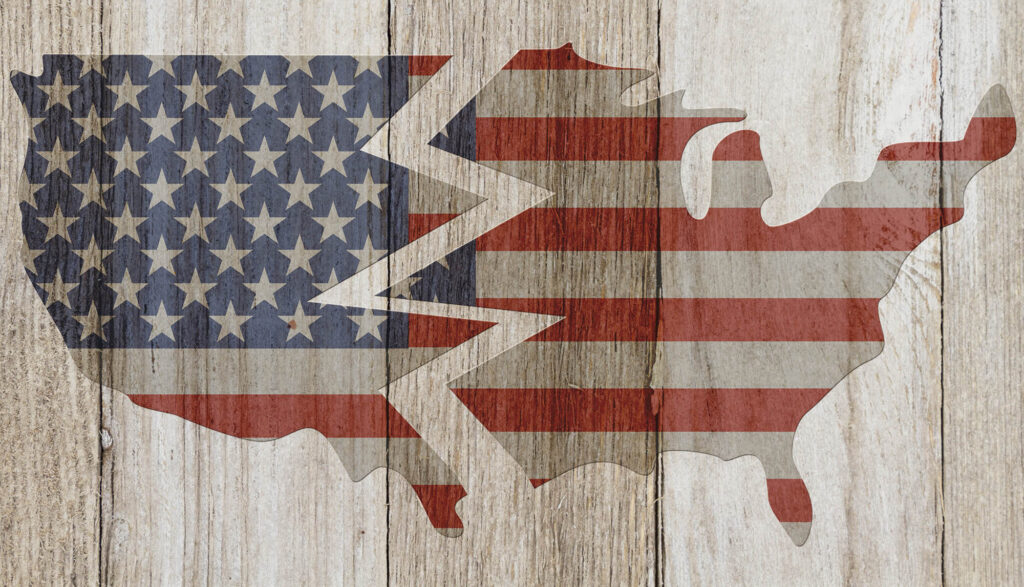 Something happened halfway between Herbert Hoover’s presidency and Donald Trump’s that scarred our nation. To this day, it is the elephant in the voting booth.

Like Barrett, Joe Biden identifies as a Roman Catholic. He even acknowledges his Church’s position on life:

“I’m prepared to accept that at the moment of conception there’s human life and being:”

But he qualifies this view:

“… but I’m not prepared to say that to other God-fearing, non-God-fearing people that have a different view.”

However, he IS willing to allow these other ‘God-fearing’ and non-God-fearing people to impose their views on pro-life taxpayers and Catholic doctors and nurses, whom they insist must pay for and perform abortions.

Once officially nominated, the left unleashed a level of rage and hysteria against Ms. Barrett impressive by even their unhinged standards. A liberal website, Refinery 29, headlined a piece, “the Potential RBG Replacement Who Hates Your Uterus.”

Ultimately, Senate Democrats softened their anti-Catholic bigotry and focused on how Barrett will single-handedly destroy healthcare for most Americans, and especially, women’s ‘reproductive’ healthcare.

Amy Coney Barrett was approved last night as the next Associate Justice of the Supreme Court along a party line vote: 52 to 48.

Something strange happened in the second half of the era between Hoover and Trump: judges on average received but a 75% affirmative vote rate compared to 97% in the first half of the era.

Let that soak in:  97% verses 75%. And President Trump’s three nominees have only been approved by 52% of Senators.

Something profound happened to alter the way judges were confirmed midway between Hoover and Trump.

And consider this: a voice vote was used 17 times to confirm judges in the first half of this ninety year sweep, and none since.

A gash in American history

The Supreme Court inflicted a gash in American history on January 22nd, 1973 which altered the political landscape to this day. It made it more difficult to confirm judges who affirmed the original intent of the Constitution.

Of course, Iowans for LIFE refers to the Roe v Wade decision and the even more insidious Doe v. Bolton decision, decided the same day. They opened the door to human abortion for the entire nine month sweep of a pregnancy.

Roe and Doe weren’t subtle decisions. In an instant, they created a multi-billion dollar industry known as Big Abortion which seduced and coerced formerly pro life politicians to recant their sins and convert to a new, anti-life faith.

In an instant, it opened the door to not just a trickle of abortions, but a bloody gusher.

Sixty million abortions later, this single court decision remains the elephant in the voting booth.  The vast majority of election match-ups pit a pro-life candidate against a pro-abortion candidate.

Is the term ‘pro-abortion’ fair?

Some readers of this blog will bristle at our use of the term ‘pro-abortion,’ and yet it is an apt term. A generation ago, a pro-choice president, Bill Clinton, said that “abortion is a fundamental Constitutional right” that should be “safe, legal … and rare.”

Presidential candidate, Hillary Clinton, reiterated her husband’s view in 2008 in even more passionate terms when she said she wanted abortion “safe, legal, and rare, and by rare, I mean rare.”

And yet this makes no sense.

If candidates like Mrs. Clinton believe human abortion is a “fundamental Constitutional right,” how could it ever be rare?

And it especially makes no sense when her party campaigns for taxpayer funded abortions for the full nine months of a pregnancy. This policy will make Big Abortion bigger and richer as it makes abortion more prevalent.

The more abortions, the more lucre for Big Abortion and the greater the campaign donations for ‘pro-choice’ politicians. Abortion supporters from the East and West coasts especially are sending record campaign donations to Mr. Biden, allowing him to outraise the president by a 3 to 1 margin in August and another $130 million in September.

60 million abortions is not rare

Yes, ‘pro-abortion’ is really a more honest expression. It is acutely honest in light of 60 million abortions since Roe, a figure which is certainly not “rare.”

The last great social gash in our history was slavery, and the riches it bestowed upon the slaves’ oppressors. Writing in the National Review, historian Victor Davis Hanson described the slave issue this way:

“But by 1861, an array of other differences had magnified the great divide over slavery. The plantation class of the South had grown fabulously rich — and solely dependent — on King Cotton and by extension slave labor.”

Today, many issues divide us, but none like human abortion.  As with slavery, the money is big for human abortionists.  When the late-term abortion “doctor,” Kermit Gosnell was arrested in his home, the police found $240,000 in CASH under his bed.

Shouldn’t we vote on more than a single issue?

Some readers of this essay will demur and claim that other issues need to be considered when voting for a candidate, that single issue voting makes no sense.

Do you really believe that?

After all, you can’t talk about immigration if the immigrant was aborted.

After all, you can’t talk about the price of health insurance if you were aborted.

And after all, you can’t talk about gay marriage, or gender reassignment, or plastic straws if you’ve been aborted.

The life issue is foundational. Besides, it is not a single issue. It is at least six as we covered in an earlier post.

The only nation founded on a Creed

This nation was built upon a creed that acknowledged life (along with liberty and the pursuit of happiness) as a fundamental, immutable, God-given right.

A vote for a pro-abortion candidate is a denial of this divine right for the millions of unique individuals who will be aborted before the next election cycle.

Abortion is a blight on America. It is a laceration that bleeds the blood of the innocent by obscene bucketfuls day by day, hour by hour, minute by minute.

Today, vote for candidates who affirm the dignity of the human person from fertilization to natural death.

[Thanks to Iowans for LIFE for permission to publish this essay on Quiner’s Diner. IFL’s educational pro-life outreach has contributed to a 20 year decline in the Iowa abortion rate. You can support them here. Be sure to LIKE their Facebook page.]