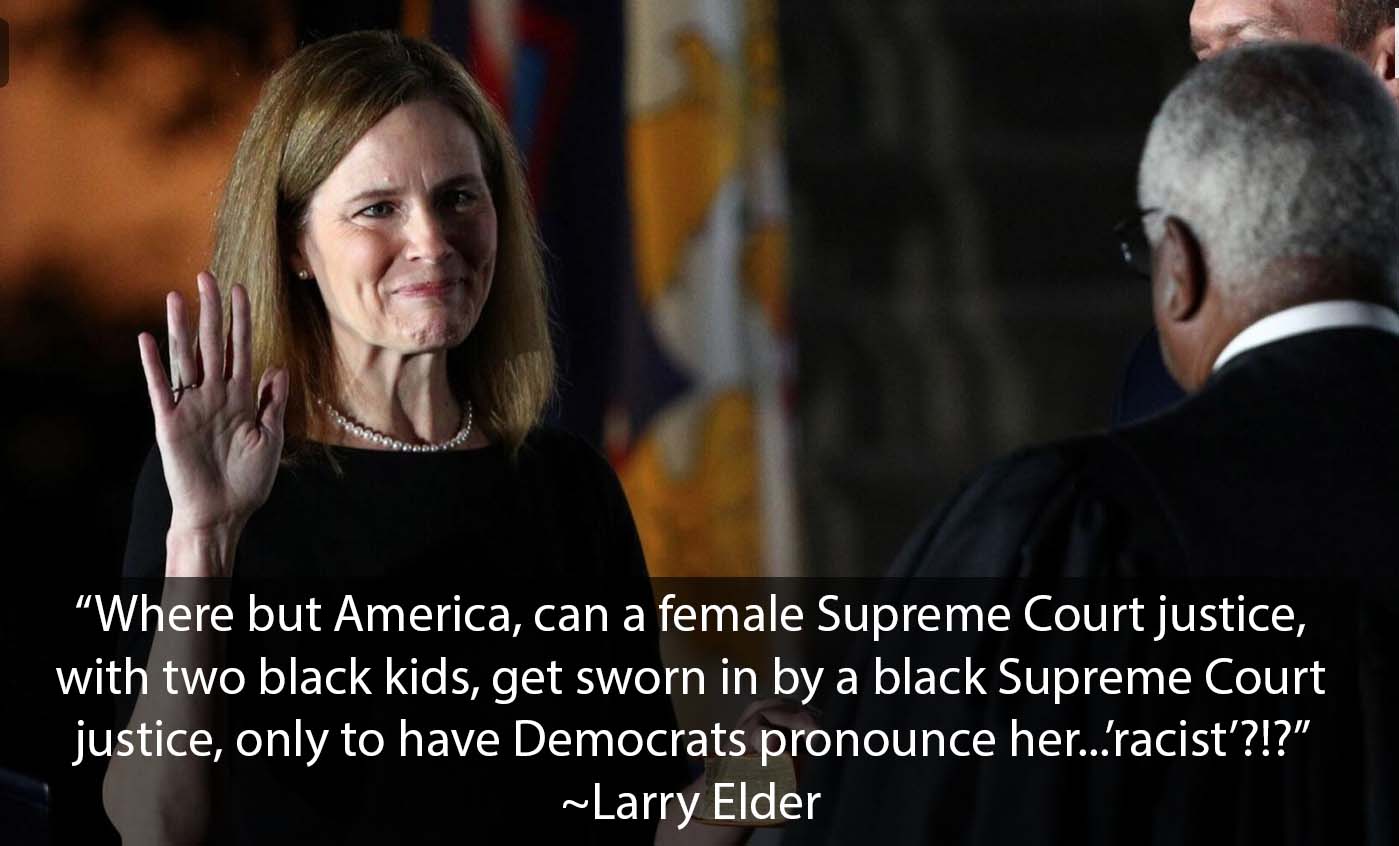 Amy Coney Barrett believes in originalism when it comes to deciding cases before the Supreme Court. In other words, she decides cases based on what the law says and what the words meant when the law was written.

Democratic Senator Ed Markey, suggests her entire approach is racist, which means he thinks she is a racist. Here is what Markey said:

“Of all the irresponsible and inflammatory statements I’ve heard over the last few weeks, and I’ve heard some doozies, this might well be the worst. If you think about what he is really saying there, Sen. Markey has essentially said that our Constitution is racist. And [that] an effort to understand it, understand its words at the time they were written, is itself racist and bigoted. I can’t think of a statement that has a greater tendency to undermine the foundation of our constitutional republic. I hope, expect, and demand that Sen. Markey retract his statement. It is irresponsible; he can’t defend that.”

It shouldn’t be necessary to say this, but Larry Elder is black; Ed Markey is white.