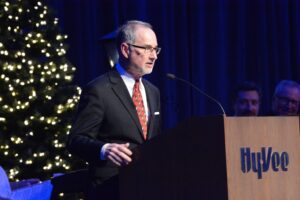 Dear Quiner’s Diner Readers: I’ve published several thousand blogposts over the past decade. My output dried up on my personal blog here at Quiner’s Diner in recent years. I’m gratified that many have missed my conservative perspective and wondered what happened to me.

Here’s what happened: As you may have noticed from reading my posts over the years, I am particularly passionate about the pro-life movement. I’ve been an activist in the movement for many years. A few years ago, I threw my time and energy into pro-life blogging on behalf of Iowans for LIFE (IFL). IFL just rebranded as Pulse Life Advocates, and so I have doubly busy in my role as board president with the transition.

You can check out my work at PulseForLife.org. In the meantime, the post that follows provides a recap of some of the more interesting pieces I was involved with over the past year, along with links.

I’ll try to keep up with Quiner’s Diner and encourage you to subscribe to both this blog as well as Pulse Life Advocates.

Pulse Life Advocates published 74 blogposts in 2021 (including this one). Be sure to subscribe if you haven’t done so yet. In case you missed any, here are some highlights. Click on the dates to read the entire blogpost:

“During the following weeks, I had four acquaintances tell me about their abortions. Two were contrite, sorrowful over decisions made in youth and of fear. One was defiant and defensive of her right to abort. The last was conflicted, caught between the public, political answer, and the private grief.  I don’t recall what I said to each of them.  I hope it was, “ I’m sorry for your loss”. And, “God never stopped loving you.”

“Up until now, Planned Parenthood has failed to own the impact of our founder’s actions. We have defended Sanger as a protector of bodily autonomy and self-determination, while excusing her association with white supremacist groups and eugenics as an unfortunate “product of her time.” Until recently, we have hidden behind the assertion that her beliefs were the norm for people of her class and era, always being sure to name her work alongside that of W.E.B. Dubois and other Black freedom fighters. But the facts are complicated.”

Get notified when new blogposts are published. Subscribe now.

Even if Iowa eventually passes the Protect Life Amendment (2 more steps to go), the dishonestly named Women’s Health Protection Act would gut current laws on the book, such as our ban on 20 week abortions, and shut the door on future regulation.

This law would leave the U.S. with one of the most permissive abortion climates in the world, surpassing even that of dictatorial nations such as China and North Korea. At least China has banned sex-selective abortions.

For the record, Iowa has an excellent track record when it comes to adoption. According to the National Council for Adoptions:

“In 2014, four states had Adoption Option Indexes three or more times higher than the national average-Utah (36.3), Arkansas (26.8), Montana (23.1), and Iowa (21.4). There were two to four adoptions for every 100 abortions plus births to unmarried women in these states. This suggests that in these states women may have more extensive counseling, services, and facilities to orient pregnant women towards adoption-among other factors.”

Climate hysteria breeds contempt for humanity. Talk show host and columnist, Dennis Prager, wrote about a recent New York Times piece. The Times asked for feedback from readers about their reactions to the “existential” threat of climate change.

Here are a few responses, beginning with a woman from Maine named Sophia …

“I have one child, a daughter, who told me age 8 that she would never have a child because of global warming. She’s now 34 and has never changed her mind. So I will not experience a grandchild. For her wisdom, I am grateful. I would be heartsick if I did have a grandchild who would have to experience the onslaught of changing climate.”

What did Roe v Wade do to America?

“America needs no words from me to see how your decision in Roe v. Wade has deformed a great nation. The so-called right to abortion has pitted mothers against their children and women against men.”

“One of the biggest myths is that pro-lifers only care about the baby and they don’t do anything for the mothers.  If anyone who believes that would take one step into a pregnancy resource center, they would realize how wrong they are.  They are on the front line, day in and day out counseling woman who feel that they have no choice but to end the life of their unborn child.

Holy families are built on a foundation of faith with God at its center. The commitment of a sacramental marriage is its bricks and mortar, leading to more fulfilling long term family-life than the other options mentioned above. By any metric, whether financial, health, or child-rearing, the holy family model produces dramatically better outcomes.

“We are incarnation. We want to unite the tangible to the intangible. We want this life we’re living to be beautiful in a deeper way. There’s a reason people write songs and make movies about going home. It’s a universal longing, which also means it’s a universal access point. It’s a force for evangelization. When I first realized I was going to marry my husband, I started to feel he was my home. The language of the home is universal. A deeper meaning of home is about longing and relationship. We find our home in God, which is a foretaste of what heaven will be like.”

Get notified when new blogposts are published. Subscribe now.