The Northern Arapaho Indian Tribe threatened to sue the federal government, claiming that their rights were being violated, claiming that killing bald eagles is an important part of their religion.

The Obama administration said, okay, we’ll let you kill them, we don’t want to threaten your religious freedom. Although we consider endangered species laws to be vitally important to America, the First Amendment takes precedence.

The Catholic community claimed that their religious freedoms were being violated by the Obama Mandate which forces Catholic organizations to provide abortifacients and other items that violates their religious convictions by killing and preventing human life.

Okay, that is not their exact word, but that is the sentiment.

Indians are part of a protected class for Liberals.

The president of the Catholic League, Bill Donahue, pointed out the inconsistency of the application of religious freedom doctrine by Team Obama: 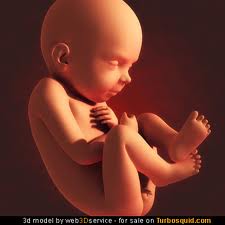 “We live in strange times. It is legal to kill a human being in utero through term—for any reason. Moreover, the president of the United States thinks it should be legal to allow a baby born alive as a result of a botched abortion to die on the doctor’s table unattended. But we can’t kill eagles that are bald. However, the Northern Arapaho can kill the birds by insisting on their religious rights. Yet when Catholics demand their religious rights, they are punished, largely because they oppose killing unborn babies.”

So here’s what we’re left with: the administration will grant a religious exemption for Indian tribes who want to kill bald eagles; but they won’t grant one for Catholic tribes who don’t want to kill pre-born babies.

For Team Obama, the killing of little bald babies is open season 365 days a year.