Newt Gingrich is not going to be President of the United States.

As much as Quiner’s Diner has touted the former Speaker’s genius for public policy, his candidacy is over except for the shouting.

It is time for Mr. Gingrich to bow out.

The Republicans are at a crossroads. Mitt Romney will be the party’s nomination unless the campaign is dragged to the convention. And yet a floor fight at the convention is a prescription for defeat. As political commentator Dick Morris has pointed out, floor fights have happened four times since 1960 between the two parties.

All four times, those parties lost.

As much as I love Newt Gingrich and Rick Santorum, I don’t think either one can win the nomination without doing damage to Republican chances. 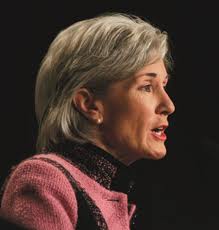 Despite my many misgivings toward Mitt Romney, I don’t think he can be stopped without doing grave damage to conservative causes.

If the nomination isn’t decided until the convention at the end of August, Republicans just won’t have the time to mount a winning campaign.

If I were Mitt Romney, I would extend a hand to Newt Gingrich fast. Mr. Romney was unmerciful in his attacks on Gingrich. It would take a big man to accept his outreached hand. But what is the choice? To re-elect President Obama?

I would love to see Newt Gingrich ensconced as Secretary of Health and Human Services. Some may 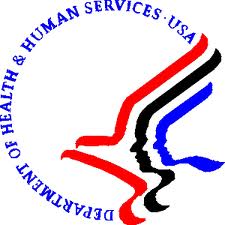 prefer to see him as Secretary of Defense or Secretary of State in a Romney or Santorum administration. I’d like to see the man who was a driving force in landmark welfare reform legislation replace Kathleen Sebelius as Secretary of HHS.

The motto of this sprawling agency is “improving the health, safety, and well-being of America.” To that aim, President Obama and current Secretary Sebelius believe the best way to do that is to treat human life as a disease and trample on our religious liberty with their HHS mandate on religious institutions.

Newt Gingrich would undo their warped view of HHS his first sixty seconds as Secretary.

HHS is a sprawling bureaucracy with 67,000 employees and a $700 billion budget.

What would be Mr. Gingrich’s vision for HHS if he became its Secretary? We can get a clue from his book, A Nation Like No Other, Why American Exceptionalism Matters:

“In 1996, welfare reform returned the share of federal spending on the program to each state in the form of a “block grant” to be used in a new welfare program.

The key to the 1996 reforms was that the new block grants to each state were finite, not matching, so federal funding did not vary with the amount the state spent.

There was just one problem with the 1996 reforms: they only reformed one federal program. The federal government sponsors another 184 means tested welfare programs, including Medicaid, Food Stamps, 27 low-income housing programs, 30 employment and training programs, 34 social services programs, and 24 low-income child care programs, among others. All these programs could and should be block-granted back to the states just as AFDC was in 1996, effectively shedding the federal government of responsibility for welfare.”

A Newt Gingrich would approach the mammoth task of reforming the HHS as a collaborative effort with the states as opposed to the top down, cram-it-down-your-throat approach preferred by Ms. Sebelius and President Obama.

I sit on the Commission of Community Action Agencies here in Iowa and witness first-hand efficient government in action, because it is government close to the people.

I would have loved Newt Gingrich as President.

Since it’s not going to happen, I’d like to seem him as Secretary of Health and Human Services.

We need him at HHS.

Posted in Politics, Republican and tagged "A Nation Like No Other", Department of Health and Human Services, HHS, Kathleen Sebelius, Mitt Romney, Newt Gingrich, Rick Santorum