What if it is true? 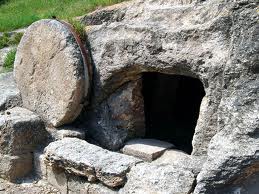 What if Jesus was really the Son of God? What if He was really crucified and miraculously came back to life three days later? What if His promise is really true, that if you have faith in Him and follow His path, you will live forever in heaven?

The stakes are high. The upside is off the charts.

But so is the downside.

In light of the growing evangelical atheism movement, let us consider a central piece of evidence in support of significance of the empty tomb. Here’s how the Gospel of John, chapter 20, describes this focal point of human history:

This piece of scripture is quirky. A woman discovers the empty tomb first, not a man. If you’re making this up back in  the Jewish culture of that era, you wouldn’t assign the honor of discovering the empty tomb to a woman. And why waste words describing how one disciple ran to the tomb faster than the other?

It is these wonderful details that lend such a feel of realism to the account. You just don’t write this way when you’re making something up.

What makes the details of the empty tomb particularly compelling are the actions of the non-Christians in the drama. The Romans posted guards outside the tomb to be sure no one stole the body. Their lives were on the line. A Roman soldier who didn’t do his job was subject to harsh consequences, even death.

What happened? The soldiers, inexplicably, all fell asleep at the same time. Not a one remained vigilant, despite the risk to their very lives should they fail in their duty.

When they awoke, the stone had been moved, evidently without making any noise to awaken them, and the body was gone.

It seems unlikely that Christian grave robbers could sneak up on the soldiers and extract their Christ from the tomb without awakening the soldiers.

Okay, the body is gone. So what? The stakes were high to the Romans, and particularly the Jewish religious authorities. They feared a “cult of Jesus” snowballing out of control if that body couldn’t be found. They had heard rumblings about Jesus rising from the dead. If that body wasn’t found fast, they knew they could never stamp out the legend of Jesus.

His Body was never found.

Despite the imperative to find the Body of Jesus of Nazareth, neither the Jews nor the Romans could find Him. There is no recorded history of such an event.

Moe Howard of the Three Stooges is famous for his quote, “Don’t confuse me with the facts, my mind is made up.” Atheists can relate.

A famous atheist put it this way: ““If the thing happened, it was the central event of the history of the earth.”

This non-Christian, a scholarly sort of guy, labored hard to deny the Truth of the empty tomb.

Overwhelmed with the evidence, God knocked him off of his scholarly horse, and this intellectual had his eyes opened. He said:

“I believe in Christianity as I believe that the sun has risen, not only because I see it but because by it I see everything else.”

C.S. Lewis could not deny the promise of that empty tomb.

Why fight the Truth?

Posted in Faith, Religion, Truth and tagged The empty tomb