How many times have you heard President Obama and his HHS Secretary, Kathleen Sebelius claim that 99 percent of all women have used contraception?

As a variation on the statistic, they claim that 98 percent of Catholic women have used birth control at some time.

This is stated as fact by their lapdogs in the mainstream media (MSM) and the anti-Catholic Hollywood elite.

The government’s own National Center for Health Statistics refutes the claim.

The study reveals that 13.9% of women between the ages of 15 and 44 have never engaged in heterosexual intercourse. Even more, 38.2% of women in that age range do not currently use birth control.

Kind of moves that 99% number into the spin zone where it belongs.

The Obama campaign is unconcerned with the true statistics. His deputy campaign manager, Stephanie Cutter, continues to say: 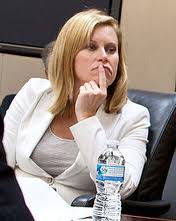 In vintage liberal fashion, she proclaims the debate is over.

In vintage liberal fashion, the MSM reports this number as fact.

The Obama elites know what is best, even if the facts say otherwise.

The government study states that:

“More than 99 percent of U.S. women aged 15 to 44 years who have ever had sexual intercourse with a male have used at least one contraceptive method.”

At the time the survey was taken, only 61.8% of women were using some method of contraception.

The 99% and 98% statistics touted by Team Obama is derived from reproductive studies by the Alan Guttmacher Institute, an arm of Planned Parenthood.

Their study excludes the following groups from their study:

√ women who are pregnant

√ women who are post-partem

√ women who are trying to get pregnant

An obscure footnote in the Guttmacher study reveals that, in fact, they only interviewed women who have had sexual intercourse in the last three months. The study was cherry-picked to exclude women least likely to use birth control and target those most likely to use it.

Team Obama’s 99 and 98 percents are fiction.

Having plowed through these laborious statistics, it all means nothing in the discussion surrounding the Obama Mandate.

The Obama Mandate has raised a ruckus with the faithful because of its assault on religious freedom.

This controversy is entirely a debate over our religious liberties.

But in order to sell this onerous infringement of our rights to the most pliable segments of the public, Mr. Obama and Ms. Sebelius felt it necessary to distort the data and make it a women’s “reproductive health” issue.