A man who believes you have a fundamental right to an abortion at taxpayer expense even if you are an illegal alien.

Abortion seems to be the foundation of everything he believes in. Despite soothing rhetoric spoken at Notre Dame to starry-eyed Catholics about the need to find middle ground, Obama didn’t mean it.

Despite his syrupy words of conciliation spoken to Cardinal Timothy Dolan, Obama simply, well excuse me for sounding harsh, lied.

He looked the spokesman for the American Catholic community in the eyes and said one thing, and then did the other.

Here is what Cardinal Dolan said in an interview in today’s Wall Street Journal:

"We are unable to comply, Mr. President."

“I said, ‘I’ve heard you say, first of all, that you have immense regard for the work of the Catholic Church in the United States in health care, education and charity. . . . I have heard you say that you are not going to let the administration do anything to impede that work and . . . that you take the protection of the rights of conscience with the utmost seriousness. . . . Does that accurately sum up our conversation?’ [Mr. Obama] said, ‘You bet it does.'”

The Cardinal asked the President if he had permission to tell all of this to the rest of the bishops. The president said:

“You don’t have my permission, you’ve got my request.”

The president reneged. He pulled the rug out from under us Catholics after saying he wouldn’t. He lied. I hate using that word. But what other word is there for what he did?

Peggy Noonan characterizes the President of the United States as “devious” in this week’s column as she talks about the public’s reaction to the HHS Mandate: 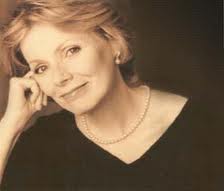 “The public reaction? “You’re kidding me. That’s not just bad judgment and a lack of civic tact, it’s not even constitutional!” Faced with the blowback, the president offered a so-called accommodation that even its supporters recognized as devious. Not ill-advised, devious. Then his operatives flooded the airwaves with dishonest—not wrongheaded, dishonest—charges that those who defend the church’s religious liberties are trying to take away your contraceptives.”

Barack Obama’s obsession with imposing a culture of death on every aspect of American life is craven, mean spirited, corrupt, evil.

The latest Obama abortion news as reported by LifeNews (you won’t read this kind of stuff in the mainstream media) plunges to new depths of depravity:

“The Obama administration is arranging abortions at taxpayer expense for illegal immigrants who are detained by customs officials, according to a recent report from CNS News.

The Immigration and Customs Enforcement, the division of the Department of Homeland Security responsible for enforcing the nation’s immigration laws, is the agency that is paying for some abortions at taxpayer expense and arranging for the abortions for the illegal immigrants.”

It’s not enough that abortion is being paid for at taxpayers expense due to loopholes in Obamacare.

It’s not enough that abortifacients are being imposed on faith-based organizations who find this imposition a violation of their religious liberty.

Now Barack Obama, and the responsibility lies entirely at the feet of Mr. Obama, is taking yours’ and mine tax dollars to pay for abortions for illegal aliens.

We have gone so far beyond policy differences with this man. We are left with only one conclusion: he is a very bad man.