A quick scan of headlines tonight and in recent months is revealing for what it doesn’t report.

Bill Maher calls Sarah Palin a c**t. He gives Barack Obama’s PAC a million bucks.  Not a peep from the MSM. No one asks the president if he’ll give the money back, except for a Fox News reporter who is ignored at the president’s press conference.

A 1990 video of Barack Obama emerges with the future president invoking a large crowd to open their hearts and mind to professor Derrick Bell, a man who embraces racial views considered extreme. Professor Bell has been characterized as a “radical academic” with ties to Jeremiah Wright.

The video evidently has been suppressed for years.

Why isn’t the MSM interested in digging into the Barack Obama’s past with the same zeal they use on George W. Bush or Sarah Palin? Thank goodness for Breitbart and Fox.

Now I don’t know much about Professor Bell. But in light of Mr. Obama’s appeal for us to open our hearts and minds to this man, perhaps we deserve to know more, and should have know more four years ago. Would Mr. Obama have been electable if it turns out Professor Bell’s ideas are racist and radical? 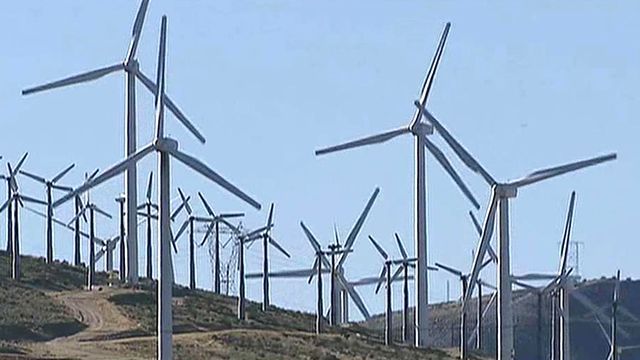 Wind farms paid not to produce?

On the Fox News website, I saw a piece about a wind farm that was paid NOT to produce. In light of Mr. Obama’s executive decision to distribute taxpayer money in the name of green energy, shouldn’t this be a big story?

I didn’t see anything on CNN, ABC, or MSNBC websites, although the latter had a story titled, “Birds Get Special Treatment.” Sounds pretty hard-hitting.

Mr. Obama has a problem. The MSM is losing their clout.

Everyone with half a brain knows they’re in the tank for Mr. Obama. Their lack of fairness and balance along with their fear of being politically incorrect has opened the door to the likes of Fox News and their refreshingly different approach of “fair, balanced, unafraid.”

My friends on the Left roll their eyes when they hear me defend Fox.

That’s fine. Their ratings blow everyone else away, because of the growing disgust of the liberal bias of the MSM.

When you throw in Breitbart along with the conservative blogosphere, it’s getting tougher and tougher for the MSM to protect their man’s radical past, and his radical record as president.

What’s not in the mainstream media? Who cares? I don’t watch them anymore.