Step back with me.

Let us look at the big picture.

These are strange times. The Left thinks we are nuts. We on the Right think they are nuts.

A personal story: A fellow parishioner from my church put up a post on her Facebook page with a link to an article where Mitt Romney said, as president, he would try to get rid of Planned Parenthood.

The parishioner’s response? “Another reason to vote for Obama.”

This comment comes from a Catholic running for public office as a Democrat. Her philosophy: anyone against Planned Parenthood is against the Democratic Party.

By the way, she is a lovely person, other than this benign notion of Planned Parenthood.

She and I represent the disconnect in America.

How can people who are so similar in so many ways see the world so differently?

It’s complicated. But I think it comes down to this question: who are the oppressors?

Both are concerned with oppression, but view the oppressors through different lenses.

Tea Partiers view Big Government as the oppressors. Tea Partiers rail against Constitutional overreach by the government. They oppose expansion of entitlement programs, because they know we just can’t afford them. They feel oppressed by a government that reaches deeper and deeper into their lives … and pocketbooks … with the corresponding diminishment of personal freedom.

The OWSers view productive people (“the rich”) as their oppressors. They loath Wall Street. Government is the solution. Government must reach deeper into the lives of everyone to right the ship, but they should only reach deeper in the pocketbooks of the productive. Curtailment of freedom is fine, as long as the playing field is leveled through redistribution of wealth.

The Left reveres Planned Parenthood as an agent for “liberating” women’s bodys, the fulfillment of the feminist manifesto, “Our Bodies Ourselves,” written some 40 years ago. The oppressors? Men. The Catholic Church. Anyone who is pro-life, since they infringe on a woman’s “freedom” to discard inconvenient children.

The Left very much views the pre-born as their oppressors and fights ferociously to strip them of any human rights. They use their very powerful clout not just to defeat the pre-born politically, but to indiscriminately destroy “their bodies, themselves.”

The Right reviles Planned Parenthood as the oppressor of not only the human beings they destroy in the womb, but as the oppressors of women themselves. How does Planned Parenthood oppress women? According to the Right, PP seduces them into committing an atrocity against their own flesh and blood, all on the altar of profits (PP’s, that is). These seduced and discarded women bear the psychic scars of their actions for the rest of their lives.

This question may help us to understand President Obama better. The title of his book, “Dreams from My Father,” 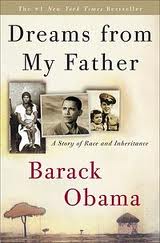 reveals his late father’s influence. Mr. Obama writes how he wept at his father’s grave, “the pain I felt was my father’s pain. My questions were my brothers’ questions, their struggle, my birthright.”

Who was his father? A man from Kenya who fought colonialism. In other words, he was an anti-colonialist who fought British domination of his country.

Anti-colonialism is the strongest force in Africa, Asia, and South America in the past one-hundred years, according to author and president of The Kings College in New York, Dinesh D’Souza. Mr. D’Souza knows something about this having grown up in India with a father who was also an anti-colonialist.

The senior Obama, writing in the East Africa Journal in 1965, said the solution to dismantling the power structure of the oppressor was confiscatory tax rates of up to one-hundred percent.

President Obama embraced America’s equivalent to the anti-colonialists as his mentors, men like the terrorist Bill Ayers and anti-America preacher, Jeremiah Wright. Mr. Obama’s dreams, according to the title of his book, came “from” his father, the anti-colonialist, the fighter of Kenya’s oppressors, the West. His father’s struggle is his “birthright” suggests the president’s book.

Whether they live in Des Moines or Kenya, the two sides just can’t agree,