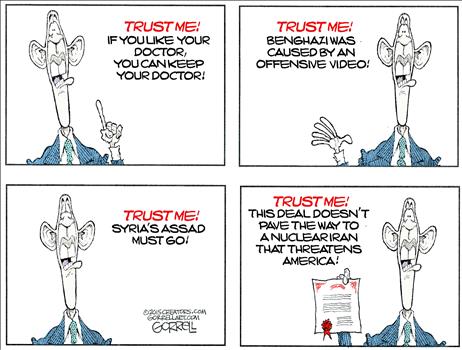 Team Obama says the Iran deal is the difference between war and peace.

They say there really is no other choice, so they’ve given away the store in “negotiating” a terrible deal. House Majority Leader, Kevin McCarthy spells out the 21 ways that this is a bad deal for America:

The more we find out about the Iran nuclear deal, the worse it looks. Each new day Congress reviews this deal, we discover more information and more reasons why this deal is simply unacceptable:

Congress will continue its work reviewing this deal over the coming months. The people have a right to know exactly what the Obama Administration negotiated, and Congress won’t accept a deal that isn’t in our national security interest.