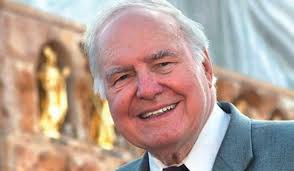 He was a noted Catholic intellectual who evolved from a liberal to a conservative, even though he was a lifelong Democrat, with an especially marked conversion to the merits of capitalism.

Regarding socialism, he wrote that it is:

“the residue of Judeo-Christian faith, without religion. It is a belief in the goodness of the human race and paradise on earth.”

Regarding capitalism, he wrote that it was

“a system built on belief in human selfishness; given checks and balances, it is nearly always a smashing, scandalous success.”

May you rest in peace, brother Novak.

Posted in Religion, the Economy and tagged Michael Novak