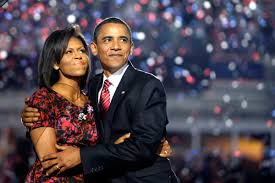 Barack Obama, in his moral superiority, was an amazing man.

He lectured, scolded, and berated conservatives with imperious disdain. He looked the other way as his Justice Department tried to run the Little Sisters of the Poor out of the business of helping the poor, because they would not provide their fellow celibate nuns with contraception.

He fired the U.S. Catholic bishops from helping women who were the victims of human trafficking because the Bishops wouldn’t refer these women for human abortion.

He yawned when the IRS targeted conservative groups.

He lectured normal Americans not to judge Islamic terrorists too quickly at the same time he put Christian pro life groups on the terrorist watch list.

He blamed the Benghazi attack on an American filmmaker when he knew it was Islamic killers.

His heroes were men who hated America, such as Saul Alinsky, Frank Marshal Davis, Robert Unger, Bill Ayers, and the Reverend Jeremiah Wright.

He promised us that his Obamacare plan would cut our premiums in half, and if we liked our current plan and doctor, we could simply keep it. He promised all of this knowing it was a lie.

He toured the world apologizing for American imperfections at the same time he casually looked the other way at unrelenting Islamic mass murder.

In other words, Mr. Obama was one rotten president, and a deceitful human being to boot, EXCEPT for one, very important thing: by all accounts, he has been faithful to his wife.

By all accounts, he has never groped, raped, or harrassed a woman. Ever.

In this era of non-stop rage, sexual impropriety, and the powerful preying upon the weak and needy, I appreciate this single aspect of Barack Obama.

But that’s about it.