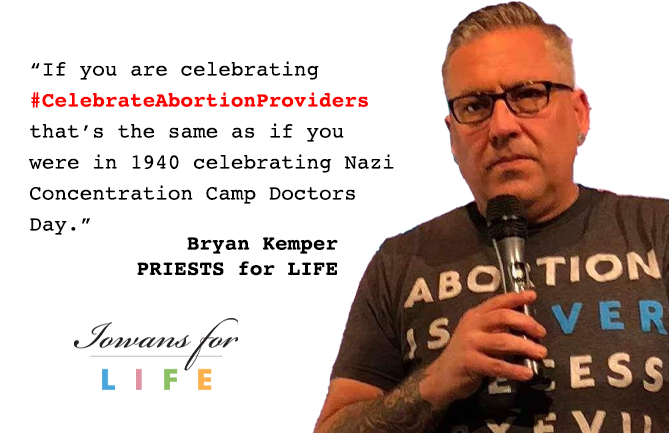 As the great pro-life Twitter savant, Bryan Kemper, puts it,

“If you are celebrating #CelebrateAbortionProviders that’s the same as if you were in 1940 celebrating Nazi Concentration Camp Doctors Day. The slaughter of innocent human persons should never be celebrated. I would rather celebrate having hemorrhoids. Shame.”

[Tom Quiner is President of Iowans for LIFE’s board of directors.]