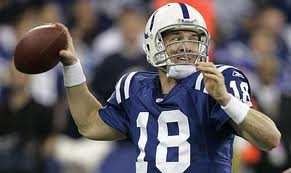 Peyton Manning, a quarterback in pursuit of excellence

From the Johnny Unitas Baltimore Colts to the Peyton Manning Indianapolis Colts, I’ve enjoyed the roller coaster ride of being a football fan of a great sports franchise.

But was it just genetic luck that made Peyton Manning so exceptionally great at his position? I don’t think so, and no one in the NFL thinks that either.

Peyton Manning was better because he had a better work ethic. By all accounts, no one worked harder at the game than he did. He spent more time watching game films of his upcoming opponents.

He spent more time on the practice field working on pass routes with his receivers. He made a lot of above average receivers into stars because he worked their butt off. They could almost read each others’ minds because they had worked, and worked, and worked on their profession to maximize their full potential.

His radical pursuit of excellence made him one of the richest players in the National Football League (NFL). He signed a multi-year $90 million contract before he got hurt. The Colts either had to pay him $28 million of that contract last week, or release him.

Because of the uncertainty of his health, they released him. Mr. Manning will quickly be picked up by another team at a reduced, but still lucrative paycheck.

Why am I talking about Peyton Manning?

Because another great quarterback made an interesting comparison between the NFL and our educational system. 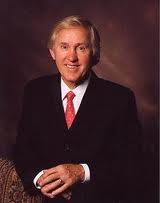 “Imagine the National Football League in an alternate reality. Each player’s salary is based on how long he’s been in the league. It’s about tenure, not talent. The same scale is used for every player, no matter whether he’s an All-Pro quarterback or the last man on the roster. For every year a player’s been in this NFL, he gets a bump in pay. The only difference between Tom Brady and the worst player in the league is a few years of step increases. And if a player makes it through his third season, he can never be cut from the roster until he chooses to retire, except in the most extreme cases of misconduct.”

How would this approach affect Payton Manning and the rest of the NFL?

Tarkenton points out that this system creates a disincentive to excel.

Why should a Peyton Manning spend the extra hours in the off-season working with his wide-receivers if there is no additional reward?

Why should he stay late at the training field watching films of upcoming opponents if the outcome of the games has no impact on how he is paid?

Why strive to be excellent when excellence makes no difference, and all that extra striving might get you hurt?

“… the NFL in this alternate reality is the real-life American public education system. Teachers’ salaries have no relation to whether teachers are actually good at their job—excellence isn’t rewarded, and neither is extra effort. Pay is almost solely determined by how many years they’ve been teaching. That’s it. After a teacher earns tenure, which is often essentially automatic, firing him or her becomes almost impossible, no matter how bad the performance might be. And if you criticize the system, you’re demonized for hating teachers and not believing in our nation’s children.”

Tarkenton’s indictment of the current system is damning. He says that even when we adjust for inflation, the U.S. has tripled what we spend per student since the early 70s.

Have the results tripled? Or have they actually stagnated?

Some say the problem is the crumbling buildings. But, again adjusting for inflation, since 1989 we have doubled what we spend on facilities and equipment without corresponding results.

“Perhaps no other sector of American society so demonstrates the failure of government spending and interference. We’ve destroyed individual initiative, individual innovation and personal achievement, and marginalized anyone willing to point it out.”

I will be the first to point out that we’re not comparing apples to oranges here. But I bring up Mr. Tarkenton’s criticism because I love teachers. They have one of the most important jobs in the world. I come from a family of teachers, and I hold their profession in high esteem.

But the system has been corrupted by a union that does the very things Tarkenton warns about:

√ marginalizes anyone willing to point it out

The union is all about power and politics. I’d like to see more opportunity for the best teachers to enjoy the fruits of their excellence.

Our current system just doesn’t give the opportunity they deserve, and everyone suffers for it … especially our kids.

Why is Peyton Manning so good? Because he works within a system that rewards excellence.