My daughter works in a public library near Duke University in North Carolina. She was in town this 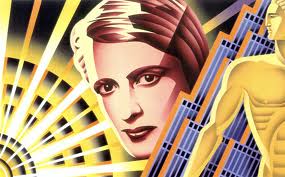 Love her or hate her, Ayn Rand makes us think.

weekend and I had the fatherly pleasure of talking with her over a cup of coffee.

She gave me an update on her job and said something that caught my attention. There are two books in the library that are always checked out. Only two. They are “The Fountainhead” and “Atlas Shrugged,” both by Ayn Rand.

I remember when I discovered Ayn Rand. I rented the 1949 film, “The Fountainhead,” starring Gary Cooper, Patricia Neal, and Raymond Massey.

I was stunned by the power of the film.

I raced to the library and checked out the book.

After devouring the Fountainhead, I turned to the imposing thousand page Atlas Shrugged and was sucked into the world of Ayn Rand’s alter ego, John Galt.

This was a time of my life when I did a lot of speaking around the country and spent a lot of time in airports. You can’t believe how many people approached me when they saw me reading Atlas Shrugged. They’d ask how I liked the book. They wanted to share the momentous impact the book had on them. One woman told me she rereads it every year! All thousand pages of it.

Her books enthralled me at the same time that they infuriated me. Believe me, they made me think and crystalize my own “philosophy of life,” so to speak.

Ms. Rand’s philosophy was named Objectivism by the authoress. She characterizes it as …

“the role of the mind in man’s existence—and, as a corollary, the demonstration of a new moral philosophy: the morality of rational self-interest.”

She believed that reason was the only path to knowledge, completely rejecting the possibility of revelation through faith.

This is the aspect of Rand that disappoints, this leap of faith in the impossibility of a Creator. And yet her books continue to sell … and sell … and sell.

I love how she pays tribute to the creators of beauty and a better society.

I love how she reveres the power of innovation and the absolute necessity of the innovator’s right to reap the reward for his innovation.

I love how she encourages us to excel and pull up others with us, rather than to strive for the ordinary and demand that others subsidize our mediocrity.

In essence, the economic component of Objectivism is the opposite of Obamanism.

But how can someone who claims to be so objective discount the power of reason in discerning an Intelligent Designer of the universe, at the very least, if not a loving, personal God? As Pope Benedict XVI says:

Ultimately, Ayn Rand gives us something to love or hate.

The Left loves her for her atheism and disdain for religion.

The Right loves her for her devotion to laissez-faire capitalism.

The Left loathes her for exposing the fraud of collectivism for all the world to see.

The Right squirms at her elevating selfishness to a virtue.

The Right and the Left rightfully squirm at a story about the collusion of government and business to ace out the entrepreneur, which is the system America is perfecting under Obamanomics.

Writing in Bloomberg, Amity Shlaes made an interesting observation:

In other words, the more the American political structure reviles the innovators, the builders, the producers of American economic might, the more Ayn Rand’s message resonates.

Perhaps that is why Ayn Rand is so compelling. She makes us think. And she tells a helluva story along the way.