Was it simply greed? 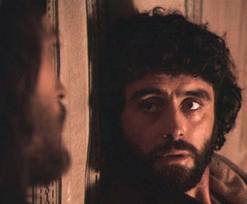 Judas betrays Jesus, in a scene from "Jesus of Nazareth"

Did Judas betray Jesus for the 30 pieces of silver?

Then one of the twelve, who was called Judas Iscariot, went to the chief priests and said, ‘What will you give me if I betray him to you?’ They paid him thirty pieces of silver. And from that moment he began to look for an opportunity to betray him.

The Gospel of John (12: 4-6) fleshes out Judas’ personality a little bit more, lending a little more credence to the motive of greed:

But Judas Iscariot, one of his disciples (the one who was about to betray him), said, ‘Why was this perfume not sold for three hundred denarii and the money given to the poor?’ (He said this not because he cared about the poor, but because he was a thief; he kept the common purse and used to steal what was put into it.)

Nonetheless, it seems that there has got to be more to the story of Judas than just greed. If it was about the money, Judas could have held out for a lot more than 30 pieces of silver to help the Jewish power structure rid themselves of their adversary, Jesus.

And if he was interested in money, why did he hook up with this penniless band of “drifters” in the first place? Not a good move for someone driven by greed.

The betrayal seems more complex. Scripture states that he was under the influence of the Devil. John 13: 1-2 says as much:

Now before the festival of the Passover, Jesus knew that his hour had come to depart from this world and go to the Father. Having loved his own who were in the world, he loved them to the end. The devil had already put it into the heart of Judas son of Simon Iscariot to betray him.

If the “Devil made him do it,” as the saying goes, does that kind of let Judas off the hook?

Not according to scripture:

For the Son of Man is going as it has been determined, but woe to that one by whom he is betrayed!’ (Luke 22:22)

The St. Matthew amplifies the grievousness of the betrayal:

Do you know who else betrayed Judas? Peter did.

Peter publicly denied his friend, Jesus, three times. But Peter didn’t give up. He asked for forgiveness.

Do you know who else betrayed Jesus?

With each sin, we betray Christ.

To me, here is the significance of Judas’ betrayal: he could have been saved. Jesus would have forgiven him if he asked right up to the last split second of his life.

All he had to do was ask.

After all, that is exactly what Jesus did to the thief hanging on the cross next to Him. The thief repented. Jesus forgave him and said He would see him in paradise.

It’s the most radical idea in the history of the human race, this forgiveness. It goes against our grain. And yet it is one of the greatest of lessons for us to learn from Jesus.

We’re called to identify our sins and ask for God’s forgiveness.

And we’re called to forgive others who “trespass against us.”

Some attribute all kinds of other motives to Judas for his betrayal, some less toxic than others.

The lesson to each of us is that we are so valuable in the eyes of our God, that He gave us Good Friday. He sent His Son to pay the price for our sins.

This Friday, Good Friday as it is known in the Catholic Church, I won’t be thinking about Judas’ betrayal as much as I’ll be thinking of my own.

As I ask for His forgiveness, I know that Easter comes.