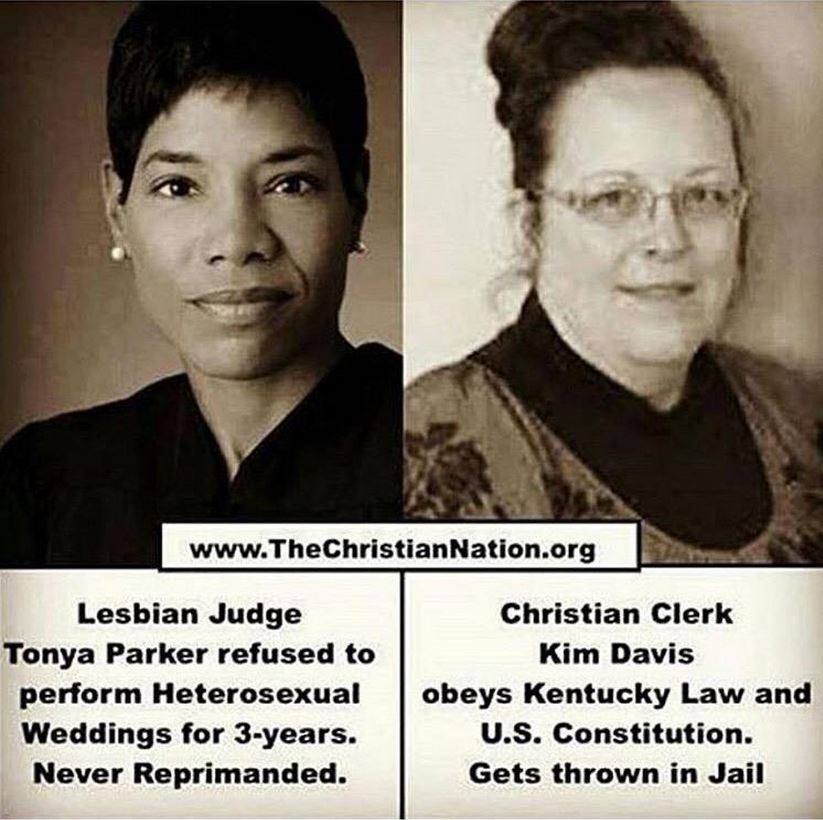 When Kim Davis was elected to be a County Clerk in Kentucky, so-called same-sex marriage was illegal.

Congress had even passed a law, the Defense of Marriage Act, signed by a Democratic president, which barred the federal government from redefining marriage.

The law was never changed. Rather, the Supreme Court defied Congress and threw out the law, imposing the wishes of 5 jurists on all 50 states.

In light of this dramatic redefinition of marriage which flies in the face of Judeo-Christian religious beliefs, Ms. Davis asked for an accommodation. She could not in good faith sign her name to marriage licenses that her religious beliefs said put the recipients in a state of mortal sin.

A compromise was called for. After all, we’ve witnessed no shortage of liberal governors, attorney generals, mayors, judges, not to mention the president himself, simply refuse to enforce laws on the books that protect traditional marriage.

Ms. Davis did not wish to end so-called gay marriage, she simply did not want to be put in a position of adding her imprimatur to these marriage licenses. So in fairness, she said she would not sign ANY marriage licenses, gay or heterosexual.

The system lashed back. There would be no accommodation for Ms. Davis. The presiding judge chose the “nuclear option” and threw her in jail.

After 5 days in jail, the judge lifted the order and released the lowly clerk who had not violated any law. The judge, David Bunning, said he is now “satisfied” that since throwing Davis in the slammer, marriage license are being issued “to all legally eligible couples.”

Don’t you think Judge Bunning could have checked out the possibility that licenses could be issued without involving Ms. Davis BEFORE incarcerating her?

The kid glove treatment is reserved for America haters, the Castro brothers, and Iranian ayatollahs.